I am not a churchgoer and to be certifiably true to myself, it has been more than six months since I last attended a mass. Crowd intimidates me . I am the kind of person who goes to church as a loner. I like sitting there quietly to ruminate, to thank,  to implore, to pray and maybe just stay still in the tranquility.

When my mother dragged me to church the other day, I was prepared to stay quiet. The liturgy began, followed by gospel reading and it was time for pastor to speak. I was listening diligently. And I was just so grateful for being there then, for I heard this humble gem of a story called, ROSES FOR MAMA.

And now I am here writing about it, a small thought for our busy lives.

It was his mother's birthday, even in his busy schedules between work and marriage he always made sure to send roses for his mama on her special day.

During the lunch hour he went to the usual flower shop and ordered the most expensive bouquet of roses. He made the payment after jotting down his mother's address, for the roses to be delivered before 5 pm.

Right before leaving the shop, he noticed a little boy walking in. The boy's torn clothes spoke for him, he didn't even have the money to buy a single rose, yet the boy lifted his dainty body up, stood on his toes clutching the customers desk, to prevent himself from collapsing and asked gently for a rose for his mother's birthday.

The little boy was overwhelmed with happiness. He hugged the prudent stranger and kindly accepted the flowers and made his way out of the shop.

The man wanted to see the boy's home and his mother. He followed the boy with hushed steps. The boy turned to the graveyard and tenderly placed the fresh dew kissed roses on his mother's tomb and was on his knees praying.

The man saw this. He wasn't strong enough to prevent himself from breaking down. He cried after a long time. He hurried to the flower shop and cancelled the delivery. He had decided to deliver the roses for his mama all by himself; before it's too late..

The story ends here with a simple thought,

" IT IS NOT THE DEAD BUT THE LIVING WHO ARE AWAITING FLOWERS.."

Right after the priest concluded the last sentence I wanted to stand up to appreciate the unconventional speech, but I couldn't, more correctly, I didn't.

Later when I walked out of the church, it was with a happy mind. I was at peace with myself after a long while. Even though I am not sure about the instant promises I made to myself then, the somebody's voice was sure to change the way I am going to look at life from now on.

With a bunch of selfless roses,
Ayer 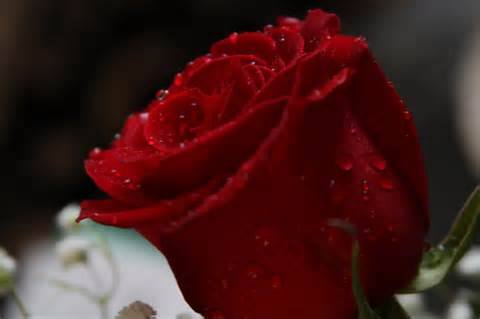 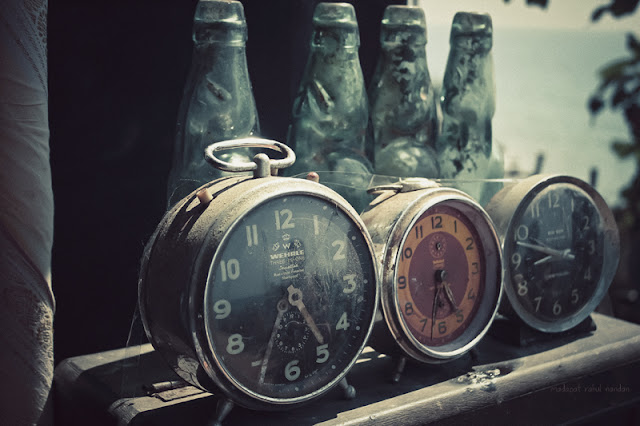